Only academic surgeons are accepted in this distinguished society after nomination by three sponsors. The annual congress which is organized in changing European cities has the highest scientific standard of European surgical congresses. After a very competitive concourse the best rated papers of the meeting are published in the November issue of the best international surgical journal, the “Annals of Surgery”, which has a high impact rate.

Prof. Hölscher contributes as the ESA president to a European Project on “Patient Safety” under the leadership of the European Society of Anesthesiology in cooperation with many other groups dealing with this important issue. This project will be presented and discussed together with leading members of the European parliament in Brussels in March 2020.

Prof. Hölscher is member of the working group for continuous actualization of the German S3-guideline on “Diagnostics and Treatment of adenocarcinomas and squamous cell carcinomas of the esophagus”. He directs together with oncologists the group for treatment. This so called living guideline has been actualized in 2018 and can be visited in the internet in the original version under www.leitlinienprogramm-onkologie.de. Concerning patient-guideline see under Service. A short version of this guideline including the main surgical aspects was published in the German Journal “Der Chirurg” 2018 by A.H. Hölscher, L. Gockel and R. Porschen (see under publications). Prof. Hölscher has also worked on the first German S3-guideline for gastric cancer (see publications).

In AEG type I (adenocarcinoma of the esophagus) and some cases of type II (true cardia cancer) the esophagectomy and reconstruction by gastric pull-up is the treatment of choice (see therapy). In AEG type III and some cases of type II total gastrectomy with distal esophageal resection and reconstruction by Roux-en-Y esophagojejunostomy was the preferred treatment. New studies have shown that in case of small tumors with low risk of metastasis the distal stomach (about 50%) can be preserved without negative effect on the prognosis. The reason is that the infiltration in distal direction is limited and lymphatic metastasis at the distal stomach are very rare. For these cases the Double tract reconstruction has been developed (see therapy). The preserved distal stomach is connected side to side with the Roux-en-Y loop 15 cm below the esophagojejunostomy. The food empties via 2 channels, the stomach or the jejunum. The advantages for the patient are a bigger reservoir with better weight gain, better preservation of vitamin B12 resorption and better haemoglobin levels than after total gastrectomy.

In Japan and Korea this procedure is already established and included in the guidelines. Prof. Hölscher has introduced this operation in Germany with successful outcome in patients in Essen and Frankfurt. This technique was published in 2019 in “Zentralblatt für Chirurgie” (see below). This procedure was also presented by Prof. Hölscher during the International Gastric Cancer Congress in Prague 2019 and on several national and international meetings. 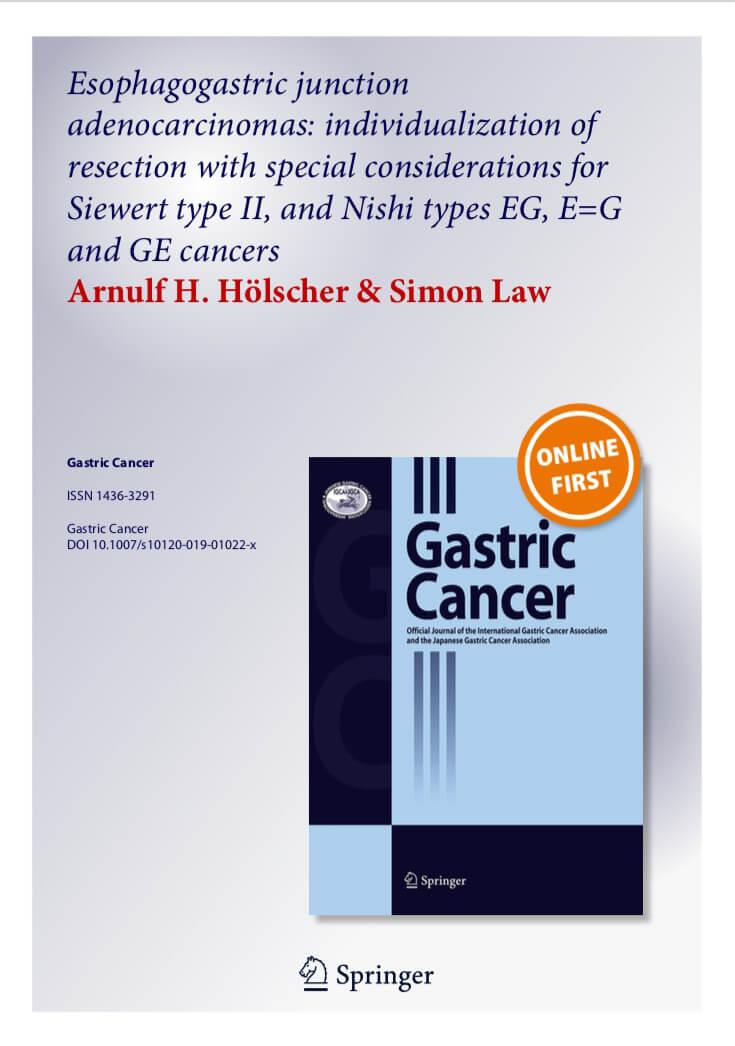 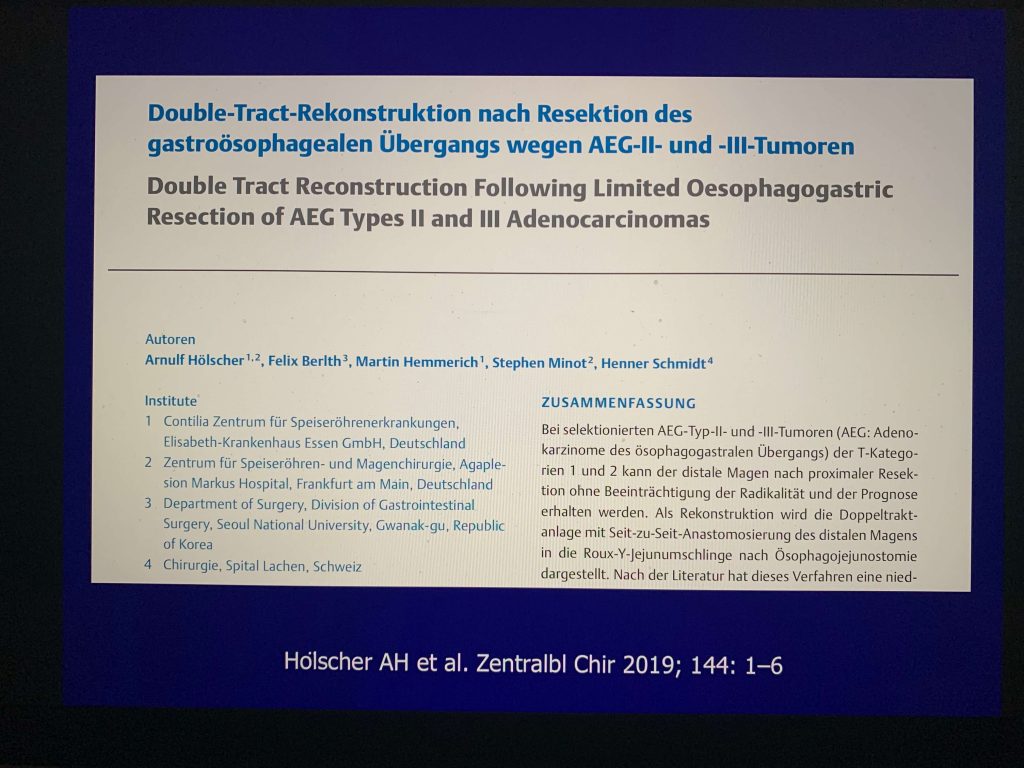